pendulum is a Python library typically used in Utilities, Date Time Utils applications. pendulum has no bugs, it has no vulnerabilities, it has a Permissive License and it has high support. However pendulum build file is not available. You can download it from GitHub.
Python datetimes made easy
Support
Support
Quality
Quality
Security
Security
License
License
Reuse
Reuse

kandi has reviewed pendulum and discovered the below as its top functions. This is intended to give you an instant insight into pendulum implemented functionality, and help decide if they suit your requirements.

Why is it not possible to store DD-MM-YYYY format in date format?

Why is my css svg animation stuttering on Firefox and not on other browsers?

I am experimenting with oridnary differential equations and for that I programmed a little code that plots the trajectory of a pendulum in phase space. However, the trajectory isn't really tangential to the vector field given by the right hand side of the ODE as it is supposed to be. Is this a plotting issue? As I use the same function of the ODE for both the numerical integration and plotting of the vector field I dont know how this can happen... 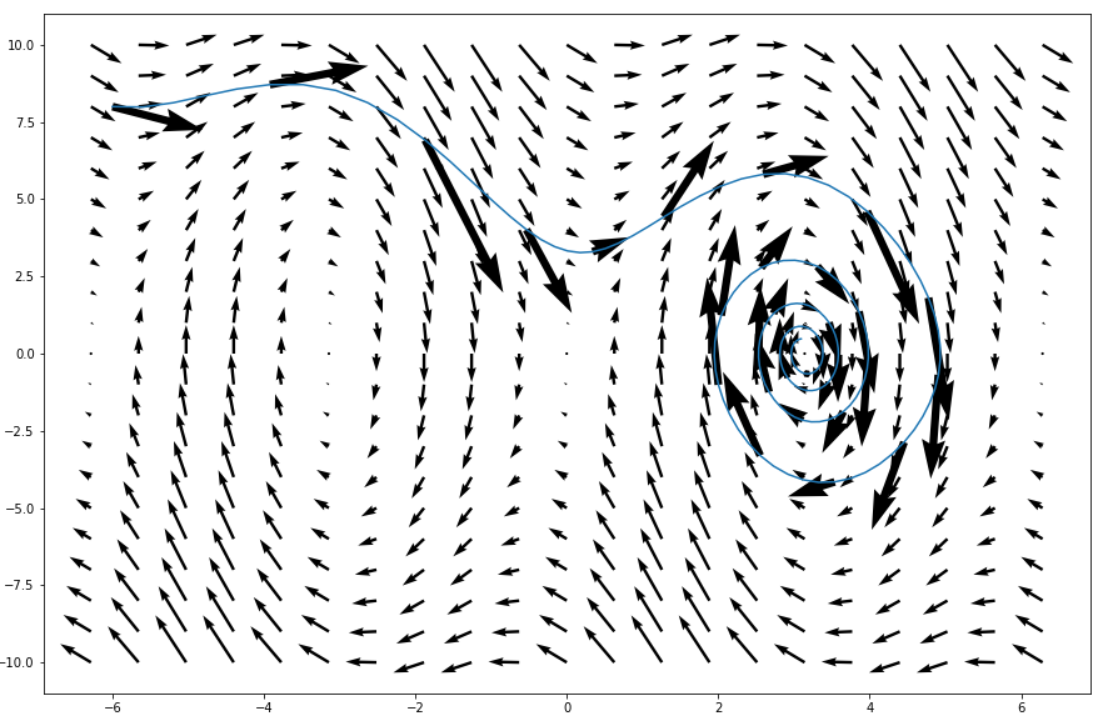 This looks like an aspect issue. You could add ax.set_aspect('equal') to get the result you want.

And the output gives: 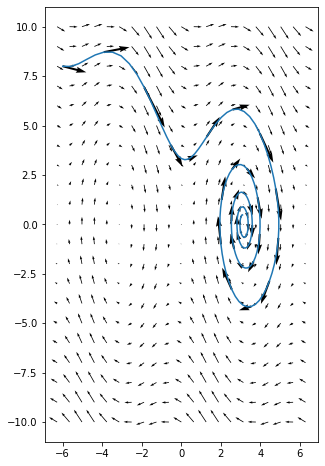 I am using Airflow 2.0 and have installed the slack module through requirements.txt in MWAA. I have installed all the below packages, but still, it says package not found

But it still gives me an error saying module not found. What should do ?

Thanks for your help.

By default, MWAA is constrained to using version 3.0.0 for the package apache-airflow-providers-slack. If you specify version 4.2.3 in requirements.txt, it will not be installed (error logs should be available in CloudWatch). You'll have to downgrade to version 3.0.0.

Add constraints file to the top of requirements.txt to use version 4.2.3 of apache-airflow-providers-slack.

Add the constraints file for your Apache Airflow v2 environment to the top of your requirements.txt file.

As you may or may not know, the formula for the uncertainty in a variable defined by some function is given by:

.
I want to create a python function that does this for me. This is what I currently have:

I'm pretty sure this works fine for this specific function, however, I want to generalize it more, I want it to take in a list of values, the uncertainty of those values, and a function, and give me the uncertainty. The problem im having is that if my variables already have a value, then the function is evaluated to a number, and because of this I just get zero when trying to calculate the partial derivatives, this is fixed by the symbols('L g', real=True) line which keeps the function unevaluated until it gets to the lamdify part. Does anyone know how this can be done, having a function like this would really help with my labs as calculating that function by hand is a real pain.

It seems that you implying that symbols('L g', real=True) fixes the problem, I cannot understand what's the problem. Probably because I haven't used this library but can you specify a little bit more your problem?

Everythink is working fine before adding this string array in strings.xml. You will be thinking that how did I know that error comes after adding this. So I completed , what I was doing and then ran the app and that showed this error.

So I switched to previous version of the app that was running fine and add this string-array to the strings.xml and got this error again.

if Run with stack trace then this would shown up

sorry I am pasting the whole

Cheers everyone I just found it . The solution is just remove the single quotation mark this one ' 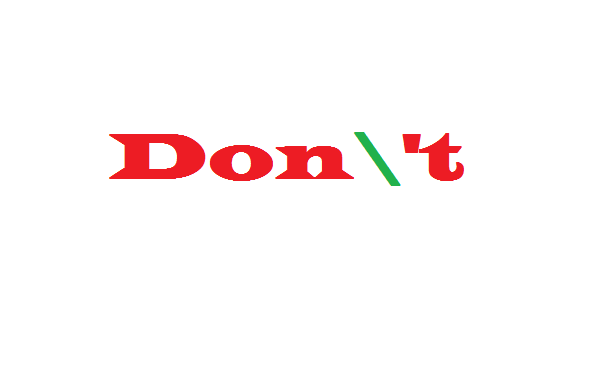 Issues while running tutorials of Drake programs, in Underactuated Robotics document, in Deepnote?

I am trying to build and simulate a pendulum in drake. I have created a urdf file(still don't know how to add the inertia tags) and am trying to simulate it, but I don't know how to? So, I was looking at the simple pendulum tutorial in https://underactuated.mit.edu/pend.html. But when I tried to run this on deepnote I get the following error.

How am I supposed to resolve this issue? Also, if you can recommend some resources that help me easily buid urdf files that would be really helpful.

We have another tutorial that will be polished and available soon in Drake for constructing the urdfs. You can preview it here: https://deepnote.com/project/Authoring-a-Multibody-Simulation-jnoKyVLkS5CYUgHG3ASsBA/%2Fauthor_multibody_sim.ipynb (but know that it should be considered a draft).

Pymongo vs pyscopg3: orders of magnitude difference for writes?

I have an application that collects crypto prices from decentralized exchanges (nothing commercial, the goal is mainly to learn some databases techs with real data). I got it working with MongoDB and PostgresSQL. However, I'm seeing massive differences when it comes to writes, in favour of MongoDB. I'm talking several orders of magnitude. I know MongoDB is a NoSQL db and is advertised to be more efficient for this kind of stuff, but I was wondering if I'm missing something with my postgres implementation. I'll describe below how I implemented the logic and I'll try to provide comparable metrics (as much as I can).

To talk to the databases, I use psycopg3 for the Postgres implementation, and pymongo for the MongoDB one.

Here is the data structure I'm writing to the databases:

It's the same for both implementations. I have hundreds of them to write to the db every second. Here is how I do it for postgres:

And here is my table definition:

The app is run exactly in the same way for the two databases. There is a tiny difference when writing with postgres, where the dict of data needs to be modified a bit to fit the schema (I'm doing some normalization here), but since I only have ~600 dicts of data to modify every time I write, I don't think this is the bottleneck. I have 8 processes that write concurrently to the DB in both cases.

For postgres, I'm getting these metrics:

These timings are relatively stable, it's ~1s and 300ms for postgres, and around 30ms for Mongo. Its' very curious that postgres has two different write timings for roughly the same amount of data. Nonetheless, even in the best case for postgres, it's still 10x slower than mongo.

Am I doing something wrong with Postgres?

For batch import of data into Postgres generally the fastest way is to use the Postgres command COPY. In psycopg3 this is available via the procedures shown here psycopg3 COPY. The caveat is that COPY is all or none, either all the data is imported or an error means none of it is imported.

I'm trying to see if the 'DateTime_Added' rows in the df are within the last 2 days of the execution date.

I've converted the DateTime_Added col to datetime because it was string before:

then when I try to run this I see can't compare offset-naive and offset-aware datetimes:

Pendulum datetime enforces timezone by default (which is the 00:00 offset here), and the df['DateTime_Added'] series does not have a timezone. This means the two can't be compared, which is what the error is indicating. Pendulum has the naive() helper method to remove offset from the datetime object. Running last_2_days = pendulum.naive(last_2_days) before doing the comparison should resolve the error.

I'm trying to implement direct collocation from scratch in a MathematicalProgram such that each constraint is a Python function, meaning that I can get the gradient of each constraint and cost with respect to their inputs. My goal is to use these gradients for a downstream task.

I'm converting the "Direct Collocation for the Pendulum" part of this notebook: https://github.com/RussTedrake/underactuated/blob/master/trajopt.ipynb to a MathematicalProgram. I've been able to convert the cost and constraints to lambdas instead of Formulas. For instance:

This means I can use ExtractGradient with that constraint:

But you can also always get the gradients from the constraints that are being added by DirectCollocation. That class is just a helper class that makes it easier to set up the MathematicalProgram for you. You can still get that program back out and evaluate any of the constraints individually if you like. I'm not convinced you get anything by reimplementing it yourself, and will certainly have worse performance in python.

We're using Airflow v2.2.3 on Kubernetes (KubernetesExecutor), our environment requires a DAG pre-customer, and each customer can be in a different timezone.

Each DAG should be scheduled in its own timezone at midnight, and I saw that it can be achieved using Airflow's timezone aware DAGs

so configuring timezone aware start_date for each DAG worked and made each DAG to execute in its own timezone midnight:

My problem is that both the jinja template and dag_run the execution_date (dag_run.logical_date) is still in UTC, and was not adjusted based on the DAGs timezone.

The value of execution_date is in UTC. To convert to different time zone you can do:

If you set timezone in your DAG you can access it from dag.timezone and use it Jinja.

You already noticed that execution_date is deprecated macro so you should use logical_date as:

When I try to create the ten armed bandits environment using the following code the error is thrown not sure of the reason.

When I check the environments available, I am able to see it there.

It could be a problem with your Python version: k-armed-bandits library was made 4 years ago, when Python 3.9 didn't exist. Besides this, the configuration files in the repo indicates that the Python version is 2.7 (not 3.9).

If you create an environment with Python 2.7 and follow the setup instructions it works correctly on Windows:

You can download it from GitHub.
You can use pendulum like any standard Python library. You will need to make sure that you have a development environment consisting of a Python distribution including header files, a compiler, pip, and git installed. Make sure that your pip, setuptools, and wheel are up to date. When using pip it is generally recommended to install packages in a virtual environment to avoid changes to the system.