arthas is a Java library typically used in Institutions, Learning, Administration, Public Services applications. arthas has no bugs, it has no vulnerabilities, it has build file available, it has a Permissive License and it has medium support. You can download it from GitHub, Maven.
Arthas is a Java Diagnostic tool open sourced by Alibaba. Arthas allows developers to troubleshoot production issues for Java applications without modifying code or restarting servers.
Support
Support
Quality
Quality
Security
Security
License
License
Reuse
Reuse

kandi has reviewed arthas and discovered the below as its top functions. This is intended to give you an instant insight into arthas implemented functionality, and help decide if they suit your requirements.

Check whether a class is loaded, or where the class is being loaded. (Useful for troubleshooting jar file conflicts)

Decompile a class to ensure the code is running as expected.

Check the stack trace of specified method invocation. This is useful when a developers wants to know the caller of the said method.

Supports telnet and websocket, which enables both local and remote diagnostics with command line and browsers.

Support get objects in the heap that are instances of the specified class.

Today I found my Java 8 apps have many thread is in WAITING state:

that have 3000+ thread is in WAITING state, now I pick a random WAITING thread pool thread, shows like this:: 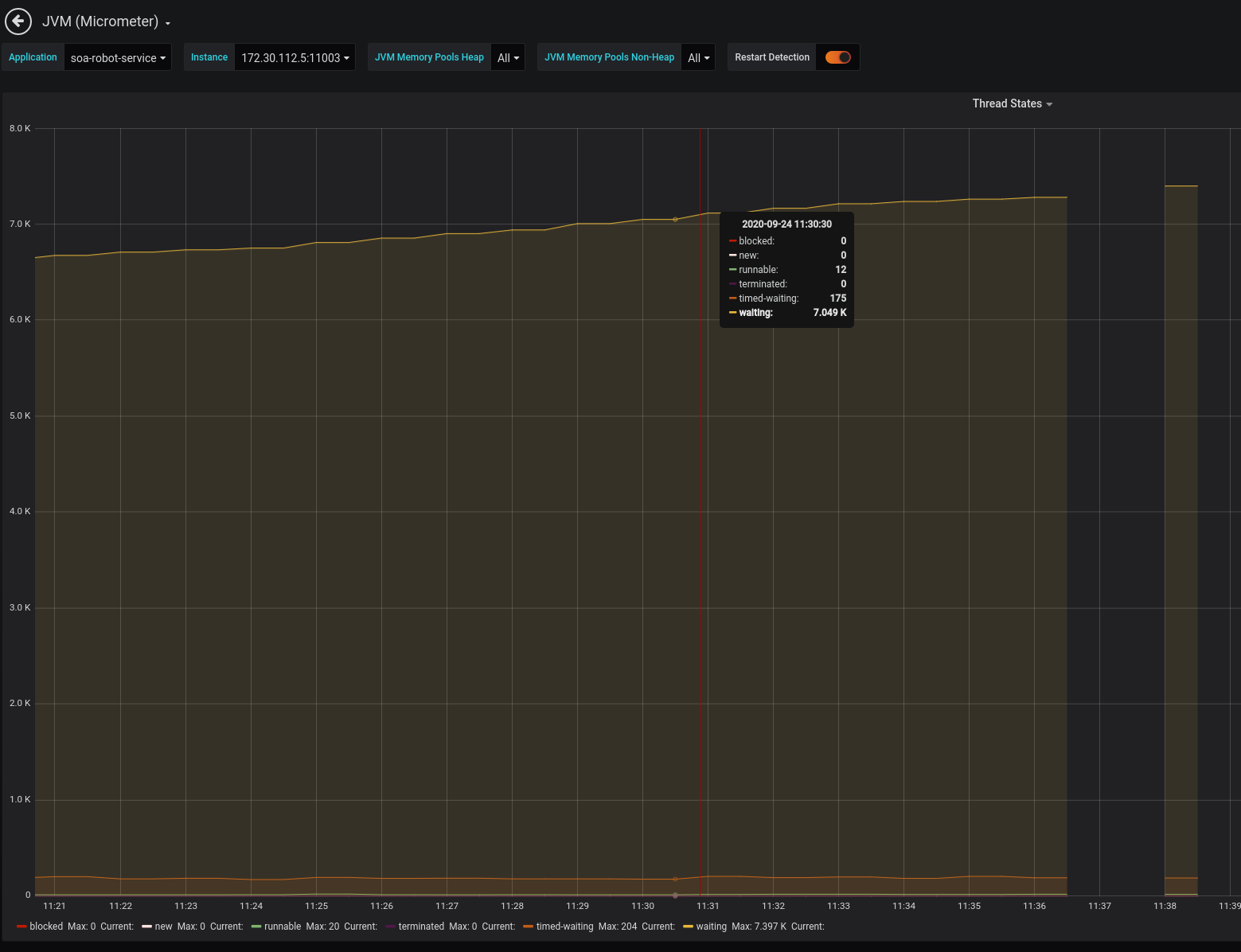 The stack trace you have shown is 'situation normal': That is a threadpool executor thread that is ready to do work, but the queue of work is empty. In this case, 'waiting' means: I'm waiting for a job to do, not: "I have stuff to do, but cannot do because I am waiting for stuff to be finished first".

Now, 3000 threads is itself somewhat of a concern; each thread has its own stack space. How large that is depends on your -Xss parameter, but they tend to go from 64k to 1MB. If it's 1MB, that's... 3GB of stack space, that's... suboptimal. This number (how many threads you have waiting around for a job to accept) should also not be growing much after a VM has heated up.

If all/most of those WAITING threads have a similar trace, then there are really only two options:

The idea behind an executor is that you make only one, or at least very very few of these.

If you MUST create them as part of your running app (vs. the normal thing, of creating jobs and feeding them to the singleton executor), then be aware they are effectively resources: if you don't 'close' them, your process will require more and more resources, until eventually the VM will crash when it runs out.

To close them, you invoke shutdown() which is asking nicely, and shutdownNow() which is more aggressive and will any not-yet-picked-up jobs permanently undone.