randomorg-java is a Java library typically used in Testing applications. randomorg-java has no bugs, it has no vulnerabilities, it has build file available and it has low support. You can download it from GitHub.
Random generator via atmospheric noise random.org
Support
Support
Quality
Quality
Security
Security
License
License
Reuse
Reuse

kandi has reviewed randomorg-java and discovered the below as its top functions. This is intended to give you an instant insight into randomorg-java implemented functionality, and help decide if they suit your requirements.

While I am testing my API I recently started to get the error below.

As I read from the documentation in the newer version of Werkzeug the as_tuple parameter is removed.

Part of my test code is

Any help would be greatly appreciated.

As of version 2.1.0, werkzeug has removed the as_tuple argument to Client. Since Flask wraps werkzeug and you're using a version that still passes this argument, it will fail. See the exact change on the GitHub PR here.

You can take one of two paths to solve this:

Cypress component testing is not loading CSS while running testcases

We are building web components using stencil. We compile the stencil components and create respective "React component" and import them into our projects.

While doing so we are able to view the component as expected when we launch the react app. However when we mount the component and execute test cases using cypress we observe that the CSS for these pre built components are not getting loaded. 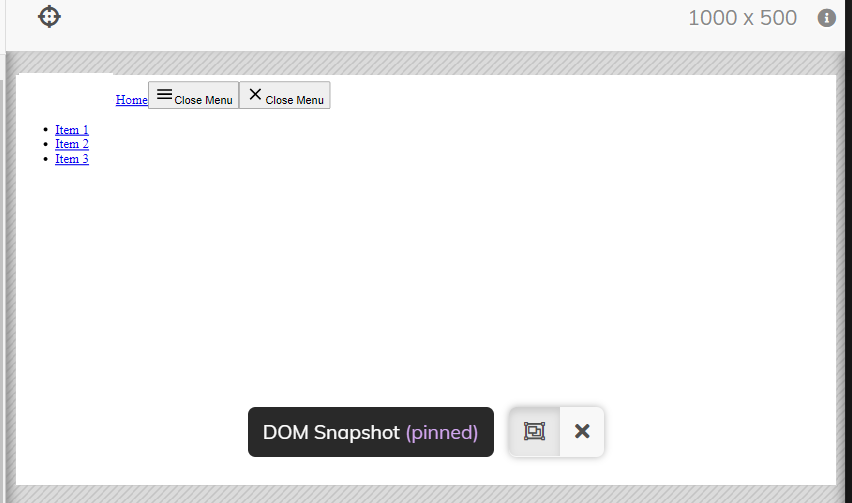 You can try importing the css in the index.ts or index.js file that will be available in the location -> cypress/support/index.ts

I've got a Gradle project which uses a Java version specified with the toolchain API:

I would like to be able to compile with the minimum supported Java version, then run the tests with all the JDKs the project supports. I tried the following, but apparently only the original tests get executed, all other tests don't, even though the required JDKs get correctly downloaded and set up:

Here is a run in a dumb terminal:

From the build scan, it appears that tests are not executed but those with JDK8. I'm puzzled, the docs say that this should be straightforward:

I think I worked out the root cause of the issues I was experiencing, I'm posting the solution in case someone else runs into similar issues. I had the following tests configuration:

Which was instructing the task called test to useJunitPlatform(). This setting does not get automatically propagated to all subsequent Test tasks (of course). So, in this case, the solution is simply to use instead:

I decided to create a multi-JVM testing plugin for Gradle, so that all the test tasks get created and much less boilerplate is required across projects.

Is there a way to unit test top-level statements in C#?

I was fiddling with top-level statements as the entry point for a simple console app, since the new .NET 6 template use them as a default.

Yet, as the language specification very clearly states:

Note that the names "Program" and "Main" are used only for illustrations purposes, actual names used by compiler are implementation dependent and neither the type, nor the method can be referenced by name from source code.

So, if I can't reference the implicit Program class and it's Main() method, would it be possible to write unit tests to check the execution flow of the top-level statements themselves? If so, how?

Yes. One option (since .NET 6) is to make the tested project's internals visible to the test project for example by adding next property to csproj:

And then the Program class generated for top-level statement should be visible to the test project and you can run it next way:

Something like this is used internally to perform integration tests for ASP.NET Core 6 with minimal hosting model.

Note that generated Main method can return task if you are using await's in your top-level statement, so you possibly will need to capture the return of entryPoint.Invoke and test if it is a Task and await it.

Another approach is to explicitly declare Program class as partial (for example at the end of top-level statement and use it in testing project):

Why does this test fail if someone else runs it at the same time?

I was watching a conference talk (No need to watch it to understand my question but if you're curious it's from 35m28s to 36m28s). The following test was shown:

I am having some trouble understanding both claims 1. and 2. Any help?

One of the speakers said: "you can only expect that storing data to a production service works if only one copy of that test is running at a time."

Right. Imagine if two instances of this code are running. If both Store operations execute before either Load operation takes place, the one whose Store executed first will load the wrong value.

Consider this pattern where the two instances are called "first" and "second":

The other speaker said: "Once you add continuous integration in the mix, the test starts failing".

How to fix Error: useHref() may be used only in the context of a &lt;Router&gt; component

How do I resolve this problem. I am just trying to create a test the ensures that that component renders, but for some reason keep getting this problem even though the component is already inside <Router>.

I have read other similar questions on here, and the answers all say to put the component inside the <Router/>, But that doesn't seem to be the issue for me. Please tell me what it is I'm missing?

The SignUpView is missing a routing context in your test. Import a memory router and wrap the component under test so it has a provided routing context.

but not on other websites

Whenever I add new tests to my codebase I encounter the aforementioned error message while running them.

Well it seems that for some reason flutter is caching some data that becomes stale, you can easily get the test back by running:

Which "Delete the build/ and .dart_tool/ directories" and then:

How to test if function is called with async keyword

I want to write a simple test for my vue3 app, test should assert that specific function (updateRoute in this case) is declared with async in different components

Note: according to my current project I can't isolate this function in a single file to make it reusable

the testing library doesn't matter, it can be Jest or anything else

Check if the contructor.name of the function is equal to 'AsyncFunction':

Would be any difference if I used HTML id attribute instead of data attributes like data-testid?

Reference for the use of data-testid in testing:

On the surface, I don't see any technical difference.

But in terms of readability, data-testid may notice other developers that this is used for test case specifically, while id is may be in terms of styling.

Also id or class selectors can be changed more often if implementation changes.

You can download it from GitHub.
You can use randomorg-java like any standard Java library. Please include the the jar files in your classpath. You can also use any IDE and you can run and debug the randomorg-java component as you would do with any other Java program. Best practice is to use a build tool that supports dependency management such as Maven or Gradle. For Maven installation, please refer maven.apache.org. For Gradle installation, please refer gradle.org .